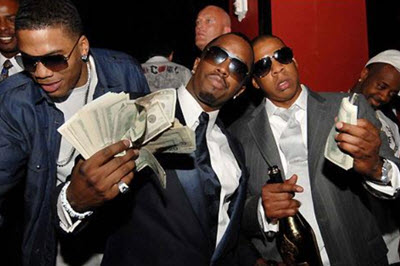 Welcome to hip hop gods. A website where you can read biographies about classical and modern Hip Hop artist. Our goal is to feature information on as many artists as possible but we know that we still lack information on many popular hip hop artists.  Please do not be offended if we have yet to add your favorite artists.  I assure you that we will get to her or him eventually.

What is hip hop?

Hip Hop is a style of music that was developed in New York in the 1970s.  It is characterized by its rhythmic music.  The vocals are often rapped rather then sung.

What is the difference between Hip Hop and Rap?

Rap is a sub genre of hip hop.  Hip hop is the name of the type of music while the term raps refers to the way the vocals are delivered.  A simplified way of looking at it is that hip hop focuses on the music while rap focuses more on the lyrics.  Both lyrics and music is important in both types of music. Not all hip hop feature rap elements.

It took a long time for Hip hop to gain a following outside black Ghettos in the New York area.  Hip hop did not make its way to mainstream radio until 1979.  The Sugarhill Gang’s 1979 song “Rapper’s Delight” was the first Hip Hop song that reach mainstream popularity.  Hip Hop would see some commercial success during the 80s but it was not until the 90s that Hip Hop found real mainstream acceptance.

Hip hop music have met a lot of critic over the year.  This critic have ranged from believing that hip hop is not music to that is is damaging to youth and the society at large.  It is mainly the Hip Hop sub genres of rap and gangster rap that have been said to be damaging to the society.  It is however important to know that rock and a number of other music styles also were frowned upon when they first reached mainstream appeal. 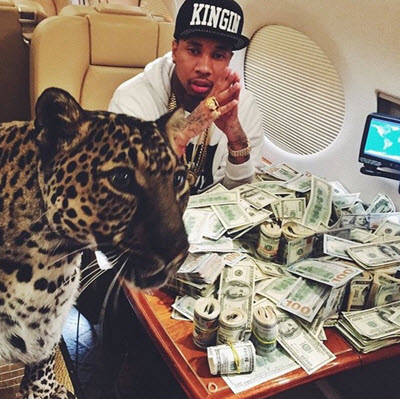 Hip hop and rap do have a better reputation today then it used to have and it have became very popular.  Rap do however still tend to cause a lot of controversy due to the often graphical language. It is not uncommon for rap to romanticize crime, be anti-police and establishment, referred to women in a way that might seem demeaning, to be pro drugs, pro gambling and other vices etc.   The bad optics that this produce is reinforced by the fact that rap artist regularly get in problem with the law and that all the many of the meet an all too early end.

To some, rap have been tied to crime and violence. This association is re-enforced by some rappers who build an image associated with the gangsta lifestyle.

It is important to remember only a small portion of all hip hop and raps artists that promote or is associated with crime.   It is unfair to associate the music style with these artists.

It is unfair to claim that hip hop and rap is damaging to society.  It is possible that it can negatively influence some people but the wast majority of people  will not be negatively influence. Hip Hop and rap might actually do more good than bad.  It gives at risk youth people to look up to. People who are making a lot of money without resolving to crime and gang affiliation.

We do however believe that you should avoid to politicize hip hop and rap too much.  There are good and bad aspects of almost everything. There are good and bad people involved in almost any industry or music style.  Forget all of that and enjoy the music.  You might think a single artist is a bad influence but do not judge the entire music style based on that.  Avoid that artist but enjoy the music style.  There are 3 good role models for every bad role model in Hip hop and rap.

Hip hop can also teach at risk youth about business.  It is true that there are few rap songs that will teach you about how to put money in your 401K or how to buy a  stock.  But there are many hip hop and rap songs that contain financial terms and that might entice some of the listeners to Google what they actually mean.  They might then tell others what the terms  in the songs refers to. This might introduce people to learn about things like CFD:s, digital binary options, FOREX certificates, Warrants and a number of other financial instruments.  Instruments that they might otherwise never have heard about. I am not suggesting that hearing abut binary options will cause large amounts of young men and women to start trading.  But it will introduce them to another legal way to earn money and if that benefits just one person then Rap and Hip hop will have had a positive effect.